• Experience true wilderness and amazing birdlife on Iceland • Explore some of the most spectacular and unspoiled scenery on earth on Greenland • Visit historical sites from the Viking era • Discover the heart of Greenland - villages, islands and spectacular fjords

Discover Arctic highlights! Mythical Iceland impresses with its diverse landscapes and teeming birdlife. Explore southern Greenland and the Disko Bay area – also known as the heart of the nation. The spectacular scenery and fantastic fjords under the midnight sun provide a stunning backdrop to this expedition.

History, culture and wild coastal landscapes on Saga Island
Iceland is positioned at the Mid-Atlantic Ridge, which runs right through the country and creates a landscape that is highly geologically active, with many volcanoes and geysers. The unspoilt nature, majestic mountains and stunning waterfalls here are amongst Europe's most powerful and awe-inspiring sights. We spend two days discovering Iceland's cultural and natural secrets.

Explore the heart of Greenland
From Iceland, we continue to rarely-visited southern Greenland, and then onwards to the highlights of Disko Bay. Greenland’s Arctic wilderness offers some of the most spectacular and unspoilt scenery anywhere on earth. It is the largest island on the planet, and its frozen coastline has witnessed the birth of some of nature’s most breathtaking creations. The struggle for survival here has imbued local culture with a healthy respect for the environment. See this unique interaction of man and nature first hand, as we sail through a landscape rich in culture, history and spectacular wildlife, towards the northern lands of the midnight sun. This expedition was created to introduce you to the amazing variety of Greenland; from wonders of nature to small villages and larger towns. Experience fascinating culture, visit historic sites from the Viking era and enjoy the beautiful Ilulissat Icefjord.

Please Note: your voyage prices include economy flight from Kangerlussuaq to Copenhagen

• Experience true wilderness and amazing birdlife on Iceland • Explore some of the most spectacular and unspoiled scenery on earth on Greenland • Visit historical sites from the Viking era • Discover the heart of Greenland - villages, islands and spectacular fjords 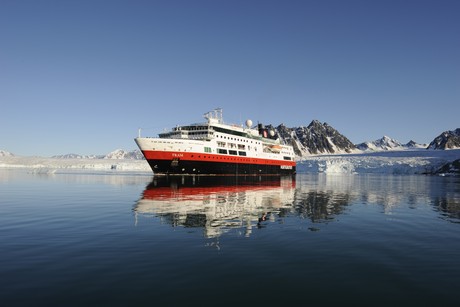 MS Fram is designed for sailing in polar waters, holds the highest safety standards and is the perfect size for optimum nautical manoeuverability and guests' comfort. With space for only 276 guests, you are sure to get to know many of your fellow travellers. You will share stunning sights and memories of a lifetime long after returning home. The Norwegian word Fram means ‘forward’ – lifting expectations of the voyage at hand.

MS Fram was built in 2007 with one mission in mind - to bring her guests closer to nature, wildlife and unforgettable experiences. As well as offering numerous lounges in which to relax, our more active guests can use our well-equipped gym. Meanwhile, on deck, our Jacuzzis guarantee you surreal memories when passing the towering icebergs of Antarctica or Greenland. 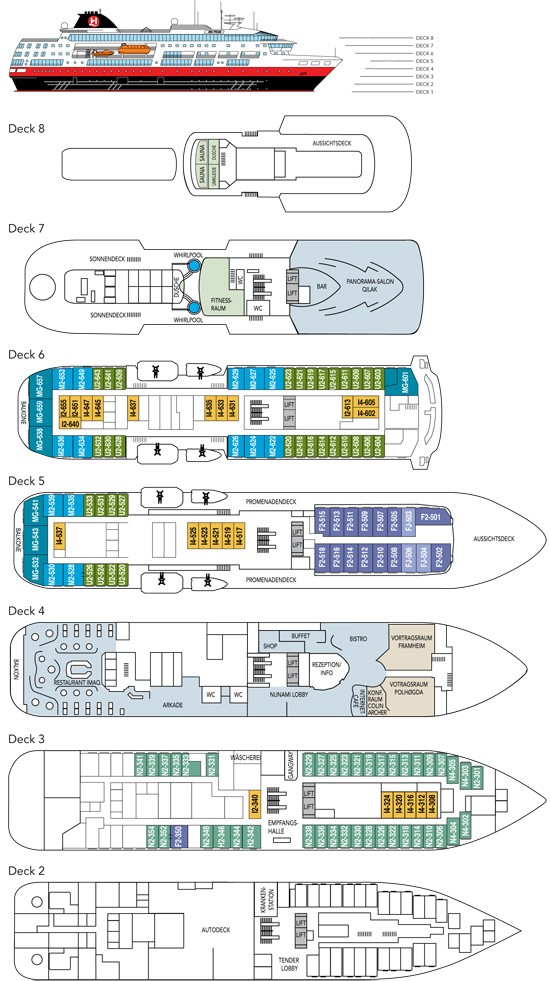 Ultima Thule, the Horizontal Everest (L'Austral)
Travel to the heart of Ultima Thule, a legendary stopover for those in love with the polar regions. Step aboard the L’Austral...
read more
Expedition Along the East Coast of Greenland - with Nat Geo
In partnership with National Geographic Expeditions. PONANT invites you to discover the east coast of Greenland during a new 1...
read more