Home Search Trips The Magic of the Orient: Málaga – Las Palmas
Print a pdf of this cruise
print
10 days from

Windjammer rendezvous off Morocco and the Canaries
Few and far between are the occasions, on which one can experience two fascinating windjammers together and directly compare their manoeuvres. Sailing from Málaga to Las Palmas, the two Sea Cloud sisters follow the same course for several days. When both yachts glide along side by side under full sail, they offer a truly breathtaking spectacle.

The imperial city of Rabat
Rabat, the capital of Morocco, is one of the country’s four imperial cities. Rabat’s iconic landmark, the Hassan Tower, was built when the city was the capital of the Sultanate. The tower is now located within one of the city’s upmarket residential areas. With its various districts, this city has many facets. The traditional souk with its surrounding wall can still be found in the old town, and the Ville Nouvelle offers magnificent boulevards and Art Deco buildings.

Lanzarote and its famous architect
With his vision of a harmonious link between mankind and nature, César Manrique transformed Lanzarote
into a work of art. This surrealist painter, architect, sculptor, designer and conservationist created colourful wind chimes and wall mosaics, turned lava caves into homes and tirelessly fought to ensure the preservation of the natural and cultural identity of his island of birth.

A lecturer accompanies the trip
Exciting topics, background information and fascinating facts – our expert offers talks on a whole range of subjects from his specialist field. 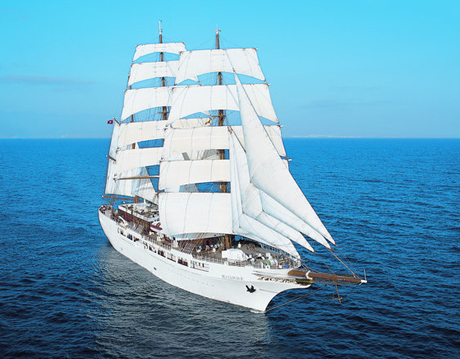 Launched in 2001, Sea Cloud II is a stunning vessel, built along traditional lines, but offering deluxe accommodation. She combines timeless elegance of sailing ships of the past with the highest safety standards and the luxurious comfort of modern cruise ships. Just like her legendary sister ship Sea Cloud, the 29,600 square feet of sails is set by hand which is a truly magical sight. Built to accommodate 96 passengers in five star luxury, she offers a range of beautifully appointed suites and cabins which are furnished with great style. All accommodations have outside views and the bathrooms, in light marble, are unusually spacious and extremely comfortable. The finest, carefully chosen fabrics, combined with leather, rattan and other materials, brass and gold, precious woods and marble together create an impressive ensemble.

No expense has been spared to create a sympathetic ambience in both the accommodations and public areas and this is reflected throughout the vessel. Public areas include an elegant lounge, library, fitness centre, boutique, lido bar and hospital. The single sitting dining room is airy and modern and the quality of the cuisine and service will be to the highest of standards, as one would expect on a Sea Cloud cruise. Relax on the Lido deck and experience the natural grandeur of travelling under sail, rekindling memories of a bygone age. 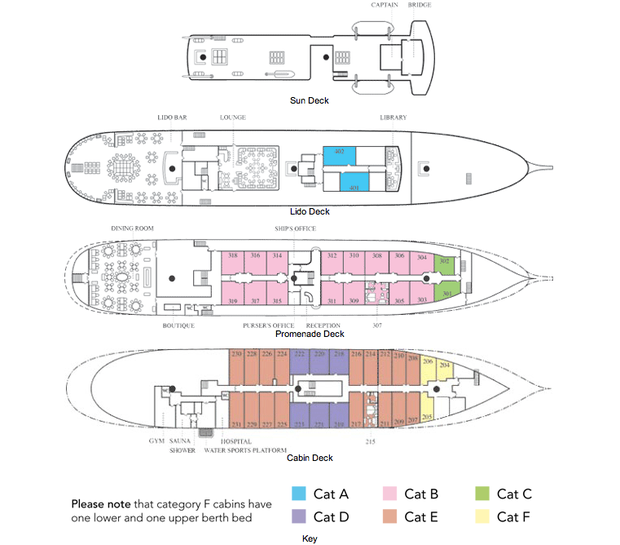 Treasures of the Persian Gulf (Le Jacques-Cartier)
PONANT invites you on an all-new 9-day cruise between the Gulf of Oman and the Persian Gulf, departing from Muscat. Come aboard...
read more
Passage Through Egypt
Comprehensive, in-depth Egypt exploration Our Egypt program has been specially crafted to show you Egypt’s many facets, and to ...
read more