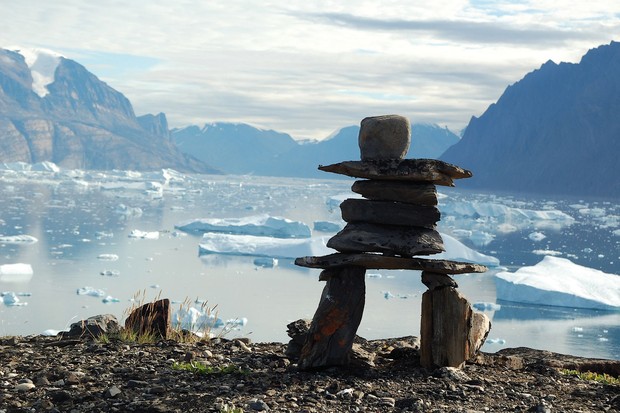 Set sail aboard L'Austral for a memorable 14-day expedition cruise to the discovery of Baffin Bay. You will embark in Kangerlussuaq for an unforgettable journey in the heart of the most
magnificent Arctic landscapes.

The first destination is the North-West coast of Greenland which will welcome you with its majestic icebergs, colourful villages encircled by mountains and its basalt formations. This is the ideal opportunity for meeting the local population and learning about Greenland Inuit culture.

The North of Greenland will then reveal its remote villages of peat houses where the last bear hunters and narwhal fishers live in the middle of the Arctic tundra according to their ancestral traditions. You will also see the remains of ancient Inuit civilisations and will discover Savissivik, the largest “iceberg graveyard” in Greenland.

During the last days of your cruise, L'Austral will sail along the eastern coast of Baffin Island, in the Nunavut, Canada. With its immense cliffs, bird colonies and fjords, this destination will definitely delight you. 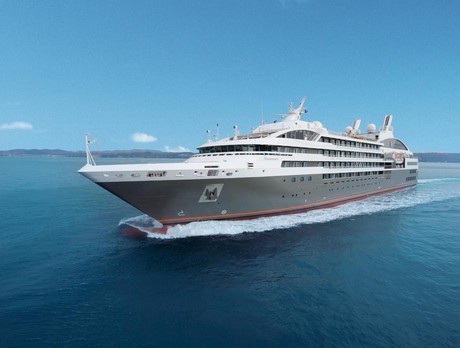 This superb mega-yacht with 132 cabins is the result of the expertise of the Italian Fincantieri shipyard and French sophistication, as interpreted by designer Jean-Philippe Nuel. L'Austral has a unique atmosphere, a subtle blend of luxury, intimacy and well-being.

A sleek silhouette softened by elegantly smooth contours and large, arched windows opening up to the sea and the light: so many features come together to give L’Austral her distinctive shape. Precious materials, discreet elegance and a perfect balance between chic and casual, combine to make you feel as if you are on your own private yacht. A design blending tradition and innovation, where a nautical mood has been subtly recreated. Precious materials in smoothing neutral tones are brought to life with splashes of cheerful reds. So many personal touches create the spirit of a “private yacht”.

You can expect magnificent ocean views as 124 staterooms and suites have balconies.

Loyal to the great French tradition, the haute cuisine on board is worthy of the finest restaurants, where discreet, attentive service is the hallmark.

Choose from two restaurants for breakfasts, lunch and dinner. The Gastronomic Restaurant is situated on Le Liberté Deck and serves you French and international cuisine accompagnied by fine wine. On the Grill Restaurant, you have the opportuniny to eat outside and enjoy buffet lunch and themed dinner.

Whether you want to join other guests in the theatre or games area (Wii™ consoles, etc), or relax on your own in a quiet corner of the library, L'Austral has been designed to meet the needs of every guest.

Everything has been done to preserve the independence of each guest to suit their personal tastes: lounges for lectures and shows, a spa in partnership with Sothys™, but also more intimate spaces such as the library and internet corner. Comfortable cabins, nearly all with private balcony, are available for families either as triples or as communicating cabins. There is also a games area with Wii™ consoles, children’s menus, and a baby-sitting service. Just as if you were on a private yacht, your time is your own to do as you please.

Fitted with the latest equipment (Kinesis Wall, running machine) and in partnership with the famous Sothys™ brand, the Beauty Centre on L'Austral welcomes you for some unforgettable moments of relaxation and pampering (beauty treatments, hairdresser).

Please click the following links to read more about Ponant and the other Ponant cruise ships. 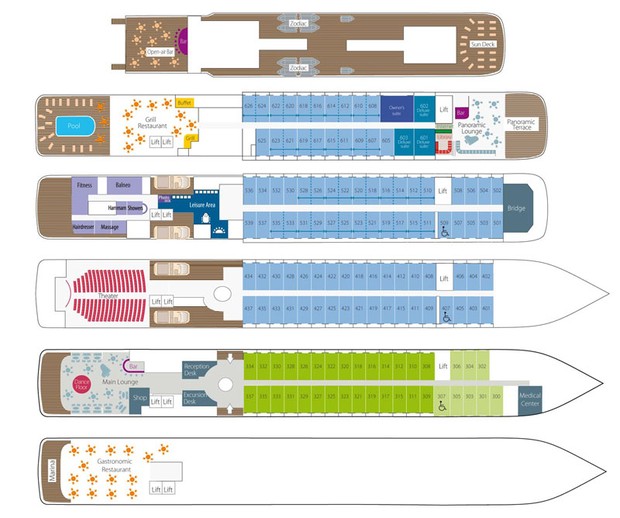