Sail around Spitsbergen taking in the wildlife, whaling history, and stunning landscapes. Visit historic whaling stations and search for walruses and reindeer. Head to Hornsund to explore the glaciers and the hunting grounds of the Polar Bear. 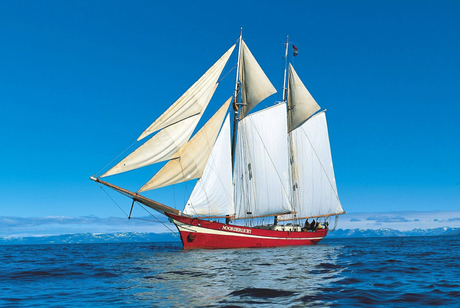 The Noorderlicht was originally built in 1910 in Flensburg, Germany as a three-masted schooner. For most of her existence she served as a light-vessel on the Baltic. In 1991 the present owners purchased the hull and re-rigged and refitted her thoroughly, under the rules of "Register Holland". The Noorderlicht now has a well-balanced two-masted schooner rig and is capable of sailing the seven seas. The qualified captains have a great experience of the oceans. Together with the rest of the crew, they will do everything possible to ensure that you have a wonderful and unforgettable journey.

Ice class:
The Noorderlicht has no ice class. She was anchored year around near Flensburg (Germany).  Due to heavy ice conditions in the winter time, the bow of the Noorderlicht was strengthened.  The vessel is not an ice breaker but has a strengthened bow. 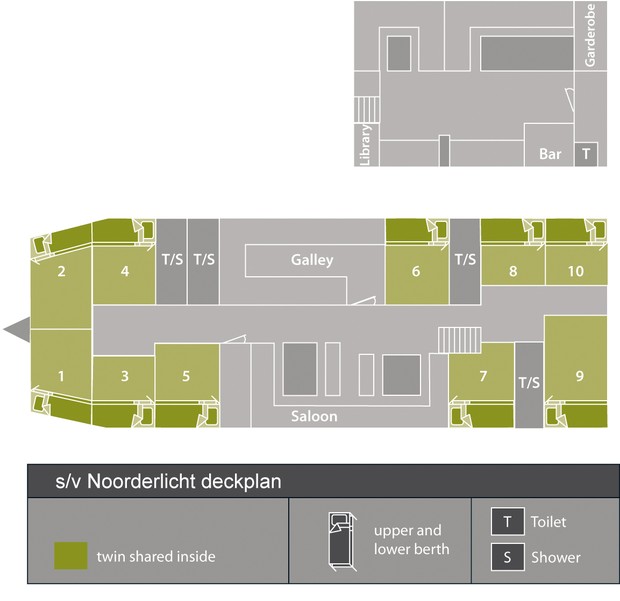